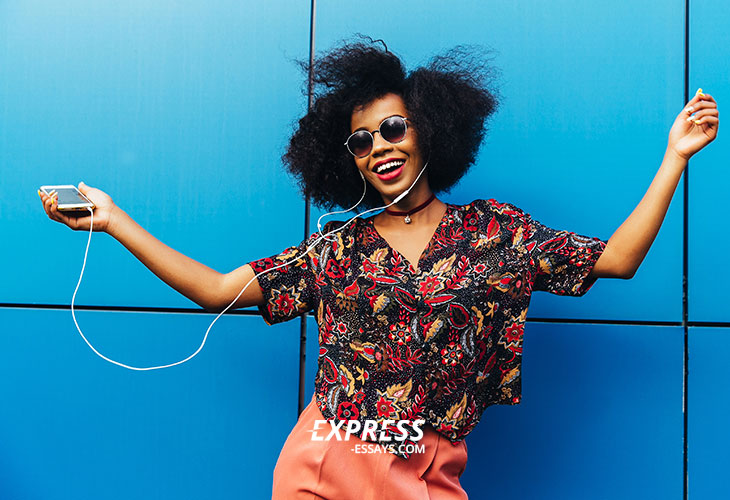 Some people may find it difficult to write essays on music as it is a very broad topic, which makes it challenging to concentrate on one of its specific aspects. If you face problems with writing such an essay, you can always ask us for help saying, “Write music in my life essay”, and we will provide you with a paper you need.

Music plays a role of universal cure from low mood. It is the thing that helps people remain active and positive all the time. Good music is a source of pleasure that is available for everyone regardless of class, race or social status. The current music essay will tell about the role, which music plays in lives of people, and will also provide interesting facts about music as a universal language.

Music helps people of different nations understand each other better. Sometimes you do not even need to understand the words of a song to comprehend its meaning. Jolly songs can make people laugh, while sad ones make people burst into tears. However, music is not also a source of fun but also performs much deeper functions.

First of all, music is considered to be a powerful psychological tool, which can influence people’s emotions and state of mind. In this regard, natural sounds are also considered as a sort of music, because they may have similar effect (singing of birds, sound of rain, etc.).

Further, music can also influence not only psychological but also physical state of a person. It can influence heart beating, breathing and other processes in human body. Unexpected and unpleasant sounds may have negative effect on people, while calm and smoothing sounds may have a relaxing effect.

The other way, in which music influences people, is cognitive. It means that different sounds and music may influence a productivity level of a person. For example, if an individual works in the environment where loud sounds prevail, his/her productivity will be lower compared to a person who listens to pleasant music.

Music can also influence behavior of people. Some sounds and music can make a person feel uncomfortable. Interestingly, if a person spends a long time in such condition, it may have extremely negative effect on his/her health.

from all orders made by people you bring.

Your people also get 17% discount for their first order.
Get started!
Music is the first thing that brain starts processing after birth. As a result, music is the first way of interacting with little children. It explains why mothers start singing lullabies to relax them and make them feel calm and protected.

The other important role of music is that it has the power of healing. It helps to organize processes in the brain. In its turn, it leads to other positive effects, as listening to a good music for some time elevates mood, improves appetite, etc.

It is clear that music cannot solve all problems, which people face daily. However, its positive effect on human body and mind cannot be underestimated. Even though music cannot heal physical wounds, it can serve in overcoming emotional problems.