Caffeine Can Enhance Your Memory 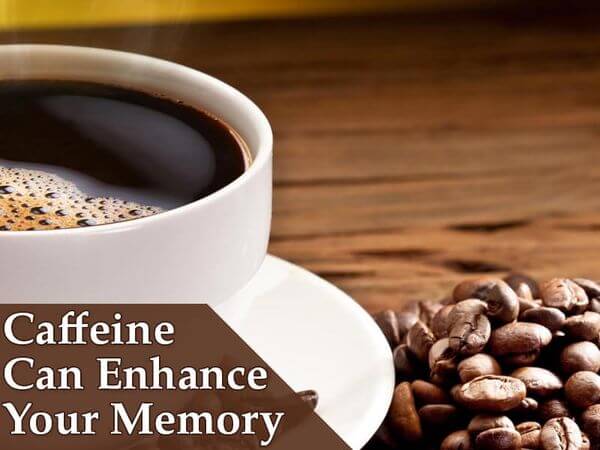 Do you like coffee? Then we have good news for you! You already know that coffee improves your mood and helps prevent certain cancers. And now, there is even more to it. According to a recent research, this wonderful drink is also a memory enhancer as it helps retain compound memories for 24 hours. Since coffee is so popular in the United States (approximately 80 percent of American adults consume it daily), we should take a closer look into that!

According to the new research of John Hopkins’ team, the consumption of caffeine leads to the enhancement of complex memories for up to 24 hours. This study became the first, in which caffeine was studied as the way to resist forgetfulness.

The participants of this research were not regular consumers of caffeine and during the study they had to see the series of images and then take a placebo or a 200-mg caffeine pill. What was also unusual about the study is that the researchers gave caffeine to the participants after, not before the memorization task. According to their words, they did it to prevent increased vigilance, focus or alertness after caffeine consumption. They wanted to prove that it actually affects the memory.

The experiment continued the next day. The researchers checked how well the participants were able to identify images they had seen the day before. For that, they gave a series of images that were similar, had minor changes and were different from the first series.

During the test, the participants, who took caffeine tablets, showed the ability to recognize the new images as different to the ones they had seen the day before. They were also more able to identify the minor changes. According to the researchers, the results prove that caffeine has an effect on pattern separation, which implies memory retention on a deeper level. It means that coffee helps the brain to apply a more complex discrimination of objects. Therefore, it is a better idea for college students to drink coffee after studying than before or during the process.

Some people say that coffee might result in dehydration. But a recent study at the University of Birmingham School of Sport and Exercise Sciences disproves that. In fact, it shows that if coffee is consumed moderately, it facilitates the daily liquid requirement, similar to any other fluids.

During this study, it was proved that coffee has the effects that are different to those of pure caffeine. Since women experience fluctuations of fluid balance linked to their menstrual cycles, only men participated in the study. There were 50 participants who had to drink four cups of water or black coffee daily and later switch their benefits.

The results of the study showed that if coffee is consumed moderately (which is four mugs per day maximum), there are no noteworthy differences in hydration indicators when compared to drinking the similar amount of water.

So, if you love coffee, there is nothing bad in drinking it daily. Just make sure not to exceed the limits!
Share this article on: