Ghost Representation in the Story the Legend of Sleepy Hollow 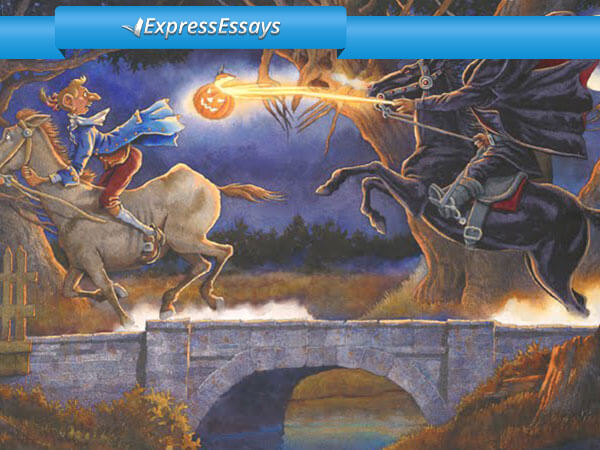 Have you been given a college assignment to write “The Legend of Sleepy Hollow” essay? Are you experiencing troubles with finding the ideas to start with? Read this article to get the inspiration or, at least, the ways to complete this assignment.

The story is written in a peculiar and metaphorical manner. Thus, a keen mind is required to comprehend it. There are also some elements in the plot, which make it quite scary. The storyteller has made the story very mysterious by depicting a figure without a head on horseback. Even by the end of the story, it is hard to guess who the rider was. Was he the spirit of a fallen soldier? Was he a love rival in disguise? On the other hand, was it probably someone else? The conclusion is hard to be reached.

Washington Irving tells us about a headless horseman, who represents the need of ordinary people to escape from their routines and believe in something mythical. The image of the ghost helps to bring some sort of magic into their typical and uneventful lives.

As the story unfolds, the protagonist Ichabod Crane is being introduced. He was a well-educated and intelligent teacher. Despite that fact, he also believed in the supernatural. It proves that we all tend to believe in magic regardless of our education or intelligence. Throughout the story Ichabod Crane is struggling with his own ghosts. Only after his disappointment in love, he finishes the battle with the headless rider.

Most likely, it is the conclusion that makes the readers scared and frightened. We all realize a fine line between reality and fantasy, which means that any of us might end up in the imaginary world. This kind of conclusion proves that it is unreasonable to entirely rely on our senses, isn’t it?

Writing essays on literature can be both captivating and boring. If you really enjoy the story, you certainly have a lot to say. However, if you don’t really like it, this assignment will look like a nightmare looming on the horizon. If you happen to be in a similar situation, you’d rather stop tearing out your hair.

With the help of our website, you will be able to get well-written examples of papers to follow. In addition, there are plenty of essays dedicated to famous novels and stories. So, you have a great opportunity to check them out in order to get some inspiration and, of course, a better idea of how such paper should be composed. Good luck with your future papers and a lot of inspiration to write them successfully.