Wealth and Greed in The Hobbit

Home  › Blog › Writing Help › Wealth and Greed in The Hobbit 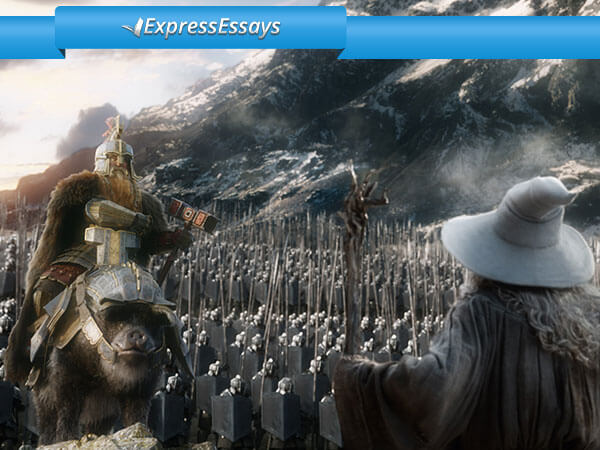 One of the main problems, which Tolkien describes in his fantasy novel The Hobbit is the dangers of wealth and greed. The issues of welfare, irresistible strive for wealth and destructive consequences it leads to, is what drives the plot of The Hobbit forward. The motifs of wealth and greed also represent a constant battle between material and spiritual worlds, hence, a struggle between humility and vice, good and evil.

There is a vivid division of characters of the novel into positive and negative, which is aimed at helping the reader to distinguish bad features of character from those other people should strive for. For example, the dragon Smaug is, for sure, not a sympathetic hero of the fantasy. He is driven by greed and lust, which leads to his complete destruction in the end. On the other hand, dwarves are also depictured as greedy, self-interested creatures; though, their desire for wealth and power is more shown as a mean to return their dominance, to recover their hoard of treasures back from the dragon rather than sheer willing to possess.

Despite The Hobbit may seem dwarves’ and the dragon’s treasure hunt, Tolkien also shows us another side of the medal. Hobbits, which are described as simple, peaceful, always content and satisfied with what they have, and whom Bilbo belongs to, let the reader have a glimmer of hope, a belief in happiness and kindness, in the better life where evil never wins. Bilbo, who noted that the world would become merrier if more of them valued food as well as and happiness above hoarded gold, represents a character, never driven by dominance, wealth, and greed.

Such a bright opposition of dwarves to hobbits, greed to generosity, and power to humility create a moral dilemma in The Hobbit, which gradually finds its fair solution. While dwarves were punished for their pride and greed by the intrusion of the dragon Smaug, the destruction of their homes and loss of hoard; the dragon Smaug was punished with death for being even more greedy, having lust and making lots of enemies, Bilbo lived a peaceful life to an old age. Bilbo’s ability to enjoy life the way it was, his understanding of how inessential material goods are, made him live happily.

It was Tolkien’s aim to criticize such vices as greed and self-interest and show that no good comes from being driven by such features of character, which he achieved in his fantasy novel The Hobbit.