How to Write a Movie Review

Home  › Blog › Writing an Essay › How to Write a Movie Review 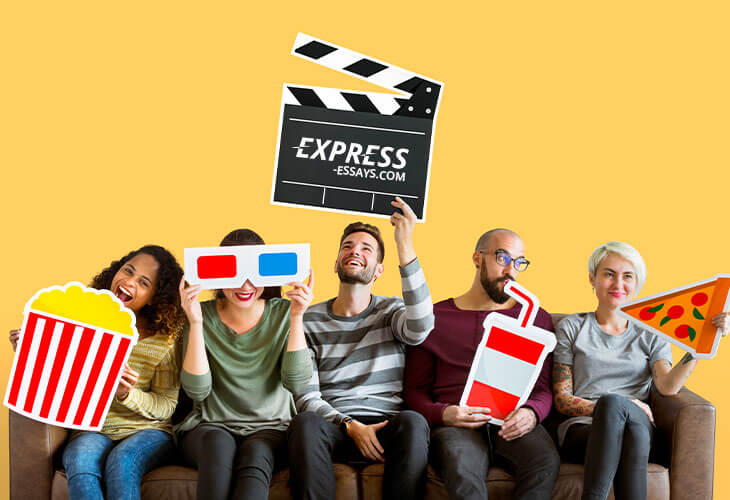 Quite often, people confuse the concepts of a “review” and “comment,” because the boundary between them is really very blurred. The main difference is that the comment is first of all the author’s impression, and the review is mostly the analysis of a film in general, of the work of actors, director, scriptwriter, etc.

The title should interest the reader. It should contain the name of the film because the reader must know the subject of your analysis. Show the essence of your review in one short sentence.

After a memorable title, you need to write an equally intriguing and interesting introduction. It should be quite concise. Write 3-4 sentences describing your opinion in general terms. Do not retell the whole essence of the picture. Make only a small presentation of the movie.

The plot should be described very briefly, without revealing the key points and major turns in the film. In no case, tell about the ending. Engage your audience. Make your readers want to watch this movie. However, if you consider a picture to be a failure, it is worth mentioning all the shortcomings of its plot not hiding any details.

In this part of the essay, you need to analyze the film as a whole and each of its elements in particular. Explore the plot; identify the strengths and weaknesses of the picture. If the movie is based on a book, compare it with a literary work. Analyze whether the director managed to convey the main idea of the writer. If this is a biographic film, study the facts from the real life of the protagonist and consider whether the movie crew was able to recreate key events.

Particular attention should be paid to the role of the director of the film. If this is not the author’s debut work, study his or her other pictures and find similar and distinctive features in them.

Do not forget to investigate the work of camera crew. In addition, your attention should be paid to the analysis of scenery and special effects. Write about how realistic they are and whether the atmosphere created in the film corresponds to the historical epoch and place of the events.

A soundtrack has a special role in the movie. Describe the functions of music in the analyzed film. Consider whether the composer created the successful melodies and what mood they create.

Your Impressions and Recommendations

Finish your essay with a description of your impressions and recommendations for your audience. You do not need to be too emotional. Remember that you must rely only on facts and evidence and be as objective as possible. Write about why you consider this film successful (or vice versa, bad). Determine for what audience the picture is suitable, what values are considered in the film, and whether it has educational functions. Now you know how to write movie reviews correctly. Use these tips to write a good essay.